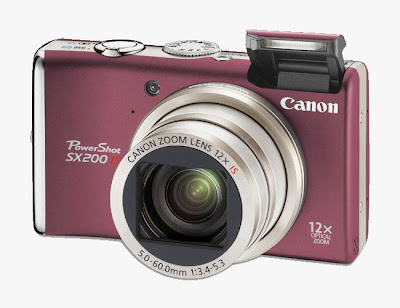 For the time being. I just need something that's solely my own. Those big chunky ones, obviously much better (and more expensive), will follow soon. Click here for the specs of this camera.
croaked by Bullfrog at 11:50 AM No comments: links to this post

Email ThisBlogThis!Share to TwitterShare to FacebookShare to Pinterest
identities gadgets

a history of neglect

In all the gloss and sheen this third world country is furnishing—by means of trumpeting boxing world champions, broadcasting children singing at the top of their lungs in foreign talk shows, or riding on the laurels of a conferred selfless hero in a cable network—people in some parts of the Philippines have yet to free themselves from savagery.

The massacre in Maguindanao last November 23 left a gaping hole of shame not only on the reputation of the country but also the reputation of its people. As of today, the number of dead bodies has risen from 46 (Tuesday) to 57, of which 20 of those are journalists.

The rivalry between political clans of Ampatuan and Mangudadatu has escalated to this incident, a clear account of lawless violence. It is said that several armed men closely connected to Andal Ampatuan, the massive political authority in the area, seized and attacked the supporters of the usual opponent. On their way to file the candidacy of Buluan Vice Mayor Esmael Mangudadatu, people who were all unarmed men and women, some lawyers and journalists, were slain.

This information is not only appalling due to its brutal nature but it is shocking in the most concentrated sense of the word, especially in the history of Philippine journalism. Aside from the constant drone of corruption and greed shown in all forms of media, nothing in recent years has tainted the image of Filipinos more than this.

It would certainly be of no surprise that the New York-based monitor Committee to Protect Journalists would soon move the position of our country from fourth place to the top—on the list of deadliest countries for journalists, with Somalia, Iraq and Pakistan trailing behind.

There may be countless reports by now trying to define the horror that happened, but considering our administration’s deaf ears on the calls of stabilization on crime and its other siblings of delinquency, putting in another write-up even in a blog post just to get anyone’s attention on this matter is apt. In fact, it must be raised a notch higher with the means of circulating news we’ve got in this time and age.

But in the end, with the regulations set by our purported “democratic” system, it is still in the hands of our administration to push the necessary procedure of protecting its people. Have we ever witnessed or felt such undertaking? I am not sure. Come to think of it, President Gloria Macapagal Arroyo declaring a state of emergency to that kind of crisis? It’s like giving the arsonist a gallon of gasoline and a box of matchsticks.

Her decisions are ill, if not plain inane.

It’s as if the scale of this is incident is not enough to give her the knock on the head that firearms must be confiscated, especially those that are in the hands of undisciplined men. Sending army troops and police reinforcement is basically trouble masquerading as assistance. In the first place, before the mayhem, one man of Mangudadatu asked Chief Supt. Paisal Umpa, Autonomous Region in Muslim Mindanao (ARMM) police regional director, to provide an escort in the travel, but he was turned down. This man then sought the assistance of an Army commander in the province to do the same, but his was a futile effort. He was rebuffed.

Overall, everyone is only left to ask: Are the people we deem to be trusted the best people to reinforce order, fix the order? Strange but what happened to the Kuratong Baleleng Case? To Bubby Dacer’s murder in 2000? And what about the Department of Justice’s approval of transferring Francisco Juan “Paco” Larrañaga to a penal facility in Spain to serve the remainder of his life sentence for the rape and murder of the Chiong sisters in Cebu in 1997? There are more cases in line, gathering dust in corners only God knows where.

I think I was wrong with inhuman being the bottom line of all these. It is not only that. Playing dumb can be considered but, on second thought, it’s another thing. There's this word that does not only embody the brazenness of the executioners but also captures the administration's attitude towards such incidents. This is called neglect.
croaked by Bullfrog at 1:00 PM No comments: links to this post

the man with the metal studs 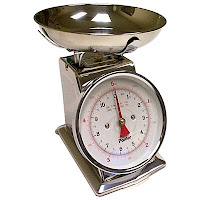 Though some things are better left unnoticed, there are those that you cannot disregard no matter how you shut all your senses down. For example, how would you ever resurrect the death of Friendster to all your elitist comrades? Seriously, here are the mind-fillers that I am talking about. A word of caution though, this does not involve pointers on the coming elections and global economic issues.

1. Itch
I’ve already mentioned this itch a couple of times ago through status updates (as if the frequency helps get rid of it), and it is still there, lingering in my throat. I have even mentioned of getting a cat to have its padded paws rub my neck, but then I realize it only works for removing the pain caused by little bones stuck somewhere in the throat—which is, of course, based on silly old wives’ tales. I get myself a can of soda, a bar of chocolate and two cupcakes. Now I wonder where I keep on having this annoying sore throat. Hey, where’s the vanilla almond ice cream?

2. Weekend
What can be more befuddling than spending a long weekend doing nothing at all? Well, another weekend doing nothing at all. I know this would happen today, that’s why last Friday I visited the dibidihan and bought seasons one and two of Big Love, a series about polygamy, and then discovered I made the wrong decision after watching the first three episodes. It’s not that it is awful, the series, but I need something light and funny, not something stressful with bickering in-laws and scheming religious sect. Alright, I will just listen to Mika then.

3. Stagnant
My promise is broken. I tell myself to come up with a short fiction or a piece of verse, at least in their roughest draft you could imagine, every month but that October is a total dud. This is troubling. I don’t want the well to go dry, especially in these times that I’ve chosen a career path that veers me away from inspiration, keeps me rehashing all the good sentiments I could remember from Hallmark cards. That’s why I want to do the bullet that follows this; wishing it might help me get back, head on to those unfinished drafts.

4. Reads
I want to read. There’s a big pile by my bedside, novels upon anthologies upon magazines upon collections. And most of them, I haven’t read. Technically, I have read all of them, the first five to ten pages. Because of my sudden inability to finish anything that’s bound, in gloss or matte finish, I have given myself a rule to finish at least one material before buying another one at the bookstore. But then, the minute I arrive home after work, all my energy are gone I can’t even pick a flimsy Time. Now, I feel myself shiver, probably a withdrawal symptom, the minute I see an interesting cover by the store windows.

5. Camera
My work will soon require frequent documentation just for the heck of it, and so far, I am not happy with what the upper echelons have been providing me. So, I think of getting one, the sort that captures the image of lions devouring a gazelle from meters and meters away if there’s a safari around here. On my long trek to get to the jeepney terminal before going home, I cannot help but salivate whenever I pass by the gadget stores in one mall. If I could just get into those shops after midnight…

6. Gifts
And just look at that, October slips by like tumbleweed. A few more weeks and it will be December, the month of giving and more giving, or if you’d prefer the term, sharing. My concern here is the equation listed below:

Get the picture? Never mind.


7. Material
In case you haven’t noticed, I will tell you now that the last three things mentioned are, like what I have just said, Things. Isn’t that disturbing, wallowing in all earthly delights? Envying filthy goods? Falling to the consumerist pit where the devil might be lurking, patiently waiting to join him in the underworld? I don’t know. What I am sure is I want to live a pleasant life even if I can’t bring a netbook after I am cremated or buried six feet under.

croaked by Bullfrog at 11:31 AM No comments: links to this post