Last month, several members of APO were also tagged in the death of University of Makati student EJ Karl Intia, reportedly a neophyte who succumbed to severe body injuries during the fraternity’s hazing rites in Makati City.

Five APO members were arrested for Intia’s death, but they were later freed after the city prosecutor decided to drop the charges against them.

Interestingly, Makati City police chief Senior Superintendent Froilan Bonifacio is a member of APO. (Philippine Daily Inquirer, October 2010).
*
It is clear what brotherhood means to these people. It is unmistakable, with their hunger for attention and their well-greased machinery to bend and twist the rules that are laid in front of them, they do what they want to do for the sake of a mysterious union that is culled from pain. It is their baptism of fire after all.

After the bar exam explosion and the news above, what’s next?
croaked by Bullfrog at 10:39 AM No comments: links to this post

Two weeks ago, with the television turned on the usual primetime news channel circling on the latest crime reports and casualties of typhoon Juan (International Name: Megi), my seven-year-old nephew sat on the couch, eyes looking straight at the screen, and suddenly asked in a loud voice: “Why is there plenty of bad news on the news?” It sounded funny but the question’s thought caught me unprepared for an answer.

I went to Subic last weekend, the detoxification deemed extremely necessary. It was late in the afternoon when I arrived in this house to hear a lot of squawking noise in the backyard. I checked it, and to my surprise, there was a flock of green-yellow parrots crowding the branches of a duhat tree (Java Plum). I, of course, couldn’t believe it, but I knew what I saw. They were the same birds that I had once owned, just one though, teaching it how to whistle and say hello. I approached the tree, but with the littlest breaking sound of a twig under my heels, the birds flew, and I wished they stayed to greet my presence a sweet hello. Well, I thought, they are better out there in the sky than in a cage.

I was back in the office after a long weekend (but it was not long enough). I could not wait for lunch break so I went out earlier than the rest. I entered the lift with our purchasing department’s supplier at the same time, and noticing me, he cleared his throat and said, “Has someone already mistaken you as Arnel Pineda?” I responded, “You’re the first one!” I was not sure if that was a compliment but I still gave him a smile. It must be the hair. Finally, after countless occasions of being called “ma’am” in malls and restaurants and other public places, I can at least reassure my physiology as being the lead singer of Journey.
croaked by Bullfrog at 1:10 PM No comments: links to this post

History thrives in communication. After all, if not for oral tradition—passing words of information from one generation to the next, finding its way to the pages of leather-bound books until finally settling in the monitors of the digital age—we would not have the littlest bit of knowledge of the past today. Since we adequately have all the means to communicate by now, what matters most is how to improve it, adapt to the dynamics. When everything is as defined as cut crystal, the next obvious step is to communicate. Write, speak. History will move on its own course.
croaked by Bullfrog at 4:24 PM No comments: links to this post

Email ThisBlogThis!Share to TwitterShare to FacebookShare to Pinterest
identities life 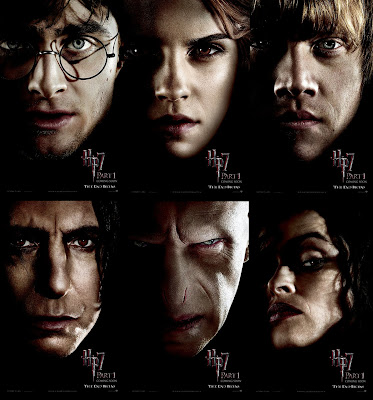 They have grown. Sniff. I remember smelling the pages of the first book in the series back in elementary, grade four to be exact, proud to get hold of it after seeing its cover in the pages of a newspaper and telling my sister to purchase one for me as a birthday present. Though people always say (including me) the interpretation in our heads is way better than any director’s vision, the Harry Potter movies are always a marvel to look at (especially Alfonso Cuaron’s ingenious take). And now that the movie franchise is going to end soon, we can only sigh and wait for anticipation since no efforts of dividing the final book, Harry Potter and the Deathly Hallows, in two-part movies could deny the fact that the characters have grown up and so as the readers. It is time to move on.

croaked by Bullfrog at 1:22 PM 3 comments: links to this post 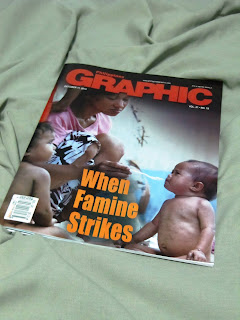 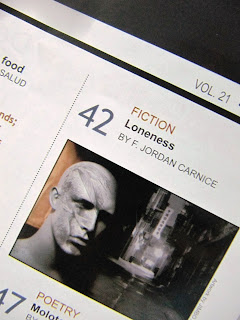 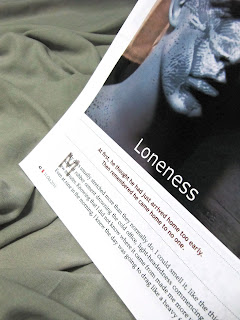 People encouraged keeping the ball rolling. But someone interjected I have to make sure the ball is inflated first so rolling it won’t be a problem. I took it as a friendly reminder. Thankfully, I did.

“Loneness,” my latest short fiction—which was sadly refused by the editors of an upcoming anthology because, well, the project did not push through—has found its way to the pages instead of Philippines Graphic this week.

Looking back, I have now published two short stories in this reputable magazine in two consecutive months, and further back, another short story and a poem in Philippines Free Press. Indeed, the pains of writing are the least of your concerns when you see your works in print. For now, nothing could be more escalating than this thought.

Though sometimes I cannot deny the sad and grim postulations popping inside my head (like “Did they run out of contributors?”), I just take the initiative of creating better works if those aren’t good enough to counter my doubts. What matters is that I’m in it, and though little triumphs such as this makes my heart swell with pride, I will remain humble and thankful for the great cosmos’s shower of blessings.

And of course, I have to remember to keep the ball inflated.
croaked by Bullfrog at 5:30 PM No comments: links to this post 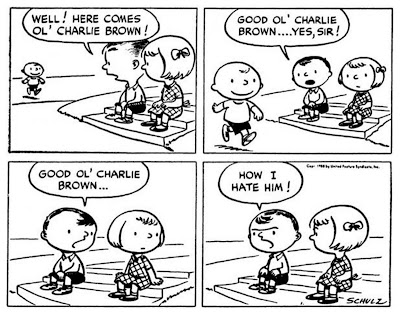 When it comes to comic strips, nothing translates melancholic human nuances into child humor like “Peanuts” by Charles Schulz. Now that the cartoon is in its 60th anniversary, I will purchase all those lovely coffee table books commemorating its staying power if my wallet permits me to. That’s how I love the gang of Charlie Brown, Snoopy, Lucy, Linus, Schroeder, Pig-Pen, etc. Good grief!

Way before I poured most of my time in literature, I drew and sketched regularly in the hopes of becoming a Schulz someday. Peanuts and the world-famous beagle were my objects of fascination then, the comic strip’s wit my holy grail of all speech and thought balloons (until I discovered Marvel). I may not be as passionate to paneled storytelling as before but my adoration for it, especially Schulz’s masterpiece, remains until now.

Sample comic strip taken from this link.
croaked by Bullfrog at 1:52 PM No comments: links to this post