If you are one to fall into madness,
Hold on to the many ways of mending
Fragility, like how one makes sense
With beautiful chaos: impressionism,
Sunflowers at night, the drunkard
And the gurgle in his throat that is his opus.

Maybe, just maybe, the trouble is not
Only the seeing but also the reading:
A ship is a whale ahead of its time,
A glance is always a message to be cracked.
We are our own makers of mischief,
And sooner or later, casualties.

Then the air will throb with meaning.
Though no one will ever be as wise as stars
Or hold love captive that could shy them
Away from us, a little dent in logic
Is the nearest we could get. To be free,
To laugh like fields of anemones.

croaked by Bullfrog at 2:44 PM No comments: links to this post

Yet here we are again,
out of the house of our
undoing: tragedies, doubts,

ardent fumes of curses
reeking off our mouths.
Each of us claims a virtue

Eventually, this has to be
done. It seems there’s no use
jumping to conclusions now

(i.e. believing gold is ripe in
reverence, grey is the hue
of our whispers in bed).

Come to think of it, forgive.
Earth can never be too vast,
alone, and globular for our liking,

zebra’s hide too insipid. Let us
argue no more, the quiet word
remains the wisest sometimes.

Just take for example the mute
unlocking stresses of streets, of
names of all people he knew.

Signs are everywhere if we
allow ourselves to see them:
You might see a clear sky today,

I might see a promise tomorrow.
Days and nights will be cold
only if our hands are held apart.

could this law bring us back to the dark ages?

Republic Act No. 10175 or the Cybercrime Prevention Act (in short, the Cybercrime Law) has brought ripples into the consciousness of many Filipinos. It is effective today, and it is no laughing matter. It entails some of the highest degrees of iron-fisted ruling which seems shocking and desperate especially in this time and age.
Now that nothing is really safe—more than ever—in the realms of the internet, here are some questions that, up to this point, remain drilling a migraine of enigma into my head. There are plenty more from where these came from but these would enough:

croaked by Bullfrog at 8:41 AM No comments: links to this post

the phantoms of a saturday

Two Saturdays ago, last September 22, I got to see Andrew Lloyd Webber’s musical, “The Phantom of the Opera,” with my mother and sisters at the Main Theatre of the Cultural Center of the Philippines. It was something that I have expected—elaborate production, arresting acts, melodies indelible you would hum them again and again after the show. Even the famous chandelier did not fail to make an impression.
In this age of increasingly improving stereoscopy and high definition, the theater remains to be a stubborn art form. Though it maintains a narrative that could be both bizarre and recognizable, its telling resists the comfortable conventions of other fields of entertainment. It aims to amaze us with larger-than-life characters, impress us with excess, sometimes offer us as the audience a winking message (breaking the fourth wall) while at the same time ground us to the basic core of many stories—the human condition. Thus the theater is always unique in every experience.
If you seek entertainment at its purest, the theater wouldn’t disappoint. Nothing is more life-like and demanding of its gorgeous rawness than a performance on stage. (Note: the musical is extended until October 14 in the Philippines).

Such was the response I got from a question on how it felt like to be 26, also, two Saturdays ago, just hours before the celebrant’s birthday party. If it weren’t for a philosophy that I had clung on years ago, that numbers do not really matter, I would instantly be perplexed or insulted by this answer. 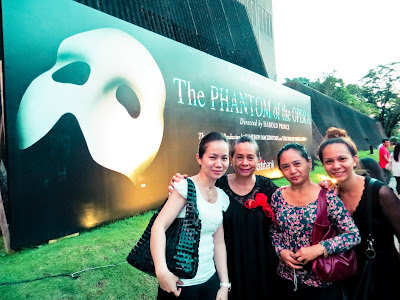 But the thing was, at the present moment, the answer stung the way how one is perplexed and insulted. It was refreshing to be dowsed (again) in this wave of optimism. Because, strangely, a year after college, I could always remember my age on application forms, registration cards, raffle tickets, and whatnots compared to years past wherein I had to do some mental backtracking or ask someone when faced with an imposing “AGE: ____.”
Now, age is like a phantom hiding in plain sight, always at the ready to sneer and ridicule when reminded of its actuality. Who do you want yourself to be? What have you done? What are you doing? Where are you going? Why just now? How?
The questions just keep on rolling. And the article “What Savings Rate You Need When Starting at Age 15, 25, 35 and 50” in TIME magazine last week was more of a downer than a booster. In an attempt to remain composed by the celebrant’s quick answer, I repeated his words. Yes. It’s just a number. As if it’s a mantra that could change lifetimes once uttered. 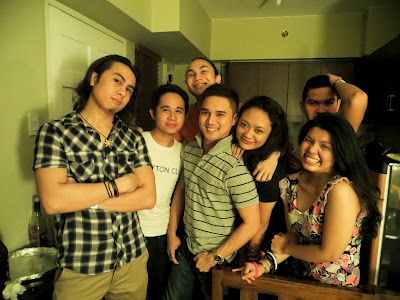 *
A few hours after the birthday party’s friendly ruckus and merrymaking, the phantom of ambiguity fled away. Around three in the morning the following day, some things were made clear. And for the following days, the goal is to make them clearer. It is the best way to go.
croaked by Bullfrog at 9:15 PM 2 comments: links to this post