this way to disaster

(In light of a university’s approval of allowing a particular college to remove literature classes from its curriculum this semester).


Let’s get this straight and allow me to ask this question: where does literature stand today? That’s easy. It is on the library shelves, on the teacher’s desk, in the bottom of a stack of textbooks, at the end of our priorities. Literature, or the arts in general, has always been shrugged off by Filipinos it is expected that no matter how hard it makes its presence felt the more it becomes obscure. There is a wealth of material but sadly this is countered with a dearth of interest.


Someone I know says that literature loses its magic when it is imposed. True, force feeding is even bad for cows, but pushing it at the sides as if the littlest bit of relevance is stripped off it is another story. I guess this is the very reason why literature is always deemed elitist, alien, a mad professor’s tool for torturing students.


I respect the fact that everyone knows what suits for him or her, freedom of choice for the goodness of mankind, like not eating too much candy to prevent our teeth from having cavities. But literature is not candy. It is food (as history is to pochero and physical education is to sinigang). And we just cannot turn our backs and deny food. Why? Because of a lot of things, and in my humble ways of advocating its significance for days on end, I could sum them up in four reasons:


1) Knowledge. This does not only cover the kind of knowledge gained from surprise quizzes and field trips but also that distinct awakening or realization that transcends the borders of the academe when reading a novel or a poem. It is called insight. Through this we pick up life lessons that could be far more important than what we have learned in a classroom. We know it too well, knowledge is power, but what use is power if we don’t know what to do with it. Literature sheds light on “how”.


2) Communication. Whether it is in writing or in speech, literature grants anyone of any race of any age to communicate efficiently. That is why it is obvious to say that, aside from being a universal recorder, literature brings eloquence, and eloquence brings permanence. To stress its necessity in this age of tweeting and defriending, it is curious only a handful knows what eloquence is. For a third world country whose people behave like Uncle Sam’s spoiled nephews and nieces, that is one awful portrait.


3) Imagination. There is nothing more interesting, more powerful, richer, and even sexier than a fertile mind. With the right materials, literature makes for well-rounded individuals. Literature may not get us the perfect boyfriend or the biggest paycheck, but an uninspired ice-breaker or boring project proposal won’t do either. Confidence is not enough. Imagination is a precursor to creation and possibilities, and without it life would be as dull as a blank sheet of paper.
4) Lastly, there’s Balance. That is what literature and the rest of the humanities are for. The very essence of literature does not only lie on the archiving of humanity’s development (or all of the above) but also in the making of its needed equilibrium to attain life that is both reasonable and bearable.


Try getting into the mind of a potter. He has the tools, knows the kind of clay, the exact amount of water, and just the right heat of his oven, but there’s one important thing he must never forget: his guts or feeling in order to craft the perfect shape of a jar. That feeling is literature, springs from literature.


We need concrete judgment and liquid insight to internalize what is holistic. If one is removed from this mutual relationship, a day will signal the coming of disaster. Harmony would all be gone.


We are not feeling the coming of disaster yet, not even a tremble in the air, but if nothing virtuous is done about this, it won’t be surprising that we find ourselves in the pages of history soon.


Unless, of course, a book is still existent at that time.

croaked by Bullfrog at 4:20 PM No comments: links to this post

when celebs sacrifice art for trash

It turns out my little flash commentary on a TV show is happy to be in the pages of Philippine Daily Inquirer last Saturday (November 20, 2010).
croaked by Bullfrog at 10:28 AM No comments: links to this post

“Writing is a genuinely laborious and abstract process. When it is fun, the pleasure is wholly different from the pleasure of drawing. With drawing, I am acutely aware of creating something on a sheet of paper. It is a sensual act, which you cannot say about the act of writing. In fact, I often turn to drawing to recover from the writing.”
- Gunter Grass, 1991
croaked by Bullfrog at 9:04 AM 1 comment: links to this post 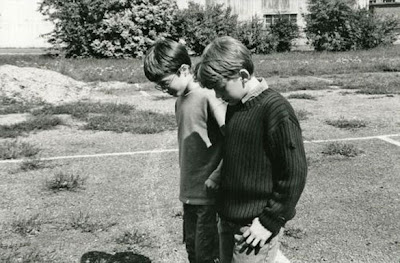 The first time the two boys have met.
(David Heyman, 2000)
croaked by Bullfrog at 4:02 PM No comments: links to this post 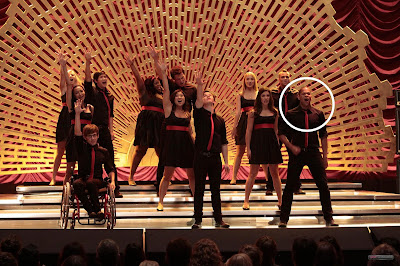 What happened to him? And what's his name again?
croaked by Bullfrog at 8:31 AM 2 comments: links to this post

Email ThisBlogThis!Share to TwitterShare to FacebookShare to Pinterest
identities television

It is a small step but nonetheless gratifying. My poem “To End a Wall” (written a long time ago) is published in the first issue of Paper Monster Press, entitled Pyrotechnic Poetry, which is edited by De La Salle instructor Ainne Frances de la Cruz.

I need this little push to continue writing verses. I’ve been too caught up with my fiction writing these days I rarely produce a sensible piece of heightened language, thus breaking my “one short story and one poem” per month promise. There’s no use lamenting on this, after all, I should have learned by now that promises are meant to be broken.

Anyway, here’s a review of the said publication. Listed below are my fellow contributors:

There are plenty of things to compare in this world: this bag looks like that bag, her dress is a twin of your dress, or this notebook is a twin of a thousand notebooks.

But being a spitting image of another person? I am not sure if that’s a comforting thought.

I’ve received the comments “May kamukha ka!” and “Someone in here looks like you!” for the nth time (probably, 1,234,567,900th) as if this is a tag permanently clipped on my back. It is not entirely grating, like Justin Beiber’s voice, but I just hope people will keep the thought to themselves because I have my very own mental picture of what I look like, and if the so-called similarity they are talking about defies the illustration in my head, maybe the apocalypse is not that far from happening.

But if the resemblance is strikingly true, well then, I might settle in the shelves of a drugstore soon. It seems that I look exceptionally generic.
croaked by Bullfrog at 7:50 AM 2 comments: links to this post 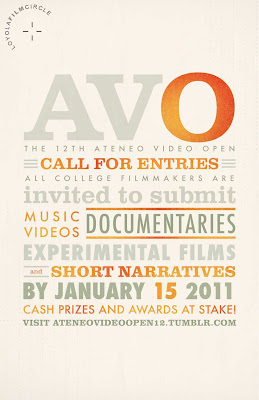 Sillimanians should participate in this.

The Ateneo Video Open, now on its twelfth year, is an annual nationwide film competition open to collegiate-level filmmakers. It is organized by the Loyola Film Circle, the Ateneo de Manila University’s premiere film organization.

If you are a filmmaker and are interested, please visit this site for more information.

Email ThisBlogThis!Share to TwitterShare to FacebookShare to Pinterest
identities advertise

The New York Times has revealed that “One Hundred Years of Solitude” and “Love in the Time of Cholera” writer Gabriel Garcia Marquez is currently finishing his new novel entitled “We’ll Meet in August.” I am feverish about this since his last work “Memories of My Melancholy Whores” in 2004 (his autobiography not included) is less astounding than I have expected. It was a lightweight compared to the grand heavyweight champs he previously produced. Even his short stories were better than that! Still, it was a Marquez, and its engaging and gorgeous lyricism made me forget a lot of the story’s fringes or lack of it. So, to Marquez who is already 83 years old, he better be releasing a tour de force that would lift us off the ground like Remedios the beauty (minus the bed sheets, of course).

croaked by Bullfrog at 12:28 PM 2 comments: links to this post